Types of fuel cells — Several variations of fuel cell systems have emerged. The most common are the previously mentioned and most widely developed PEMFC systems using a polymer electrolyte. This system is aimed at vehicles and portable electronics. Several developers are also targeting stationary applications. The alkaline system, which uses a liquid electrolyte, is the preferred fuel cell for aerospace applications, including the space shuttle. Molten carbonate, phosphoric acid and solid oxide fuel cells are reserved for stationary applications, such as power generating plants for electric utilities. Among these stationary systems, the solid oxide fuel cell system is the least developed but has received renewed attention due to breakthroughs in cell material and stack designs.

The PEMFC system allows compact designs and achieves a high energy to weight ratio. Another advantage is a quick start-up when hydrogen is applied. The stack runs at a low temperature of about 80°C (176°F). The efficiency is about 50 percent (in comparison, the internal compaction motor has an efficiency of about 15 percent).

The limitations of the PEMFC system are high manufacturing costs and complex water management issues. The stack contains hydrogen, oxygen and water. If dry, the input resistance is high and water must be added to get the system going. Too much water causes flooding.

The PEMFC requires heavy accessories. Operating compressors, pumps and other apparatus consumes 30 percent of the energy generated. The PEMFC stack has an estimated service life of 4000 hours if operated in a vehicle. The relatively short life span is caused by intermittent operation. Start and stop conditions induce drying and wetting, which contribute to membrane stress. If run continuously, the stationary stack is good for about 40,000 hours. The replacement of the stack is a major expense.

Figure 17-4: Advantages and disadvantages of various fuel cell systems.
The PEMFC is the most widely developed system. 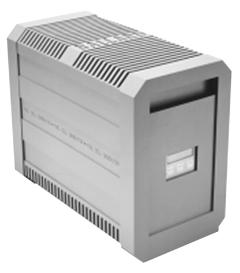 Figure 17-5:  1kW portable fuel cell generator.
The unit is a fully automated power system, which converts hydrogen fuel and oxygen from air directly into DC electricity. Water is the only by-product of the reaction. This fuel cell generator, which operates at low pressures, provides reliable, clean, quiet and efficient power. It is small enough to be carried to wherever power is needed. Illustration courtesy of Ballard Power Systems Inc., February 2001.

The SOFC is best suited for stationary applications. The system requires high operating temperatures (about 1000°C). Newer systems are being developed which can run at about 700°C.

A significant advantage of the SOFC is its leniency on fuel. Due to the high operating temperature, hydrogen is produced through a catalytic reforming process. This eliminates the need for an external reformer to generate hydrogen. Carbon monoxide, a contaminant in the PEMFC system, is a fuel for the SOFC. In addition, the SOFC system offers a fuel efficiency of 60 percent, one of the highest among fuel cells. The 60 percent efficiency is achieved with co-generation, meaning that the heat is utilized.

Higher stack temperatures add to the manufacturing cost because they require specialized and exotic materials. Heat also presents a challenge for longevity and reliability because of increased material oxidation and stress. High temperatures, however, can be utilized for co-generation by running steam generators. This improves the overall efficiency of this fuel cell system.

The AFC has received renewed interest because of low operating costs. Although larger in physical size than the PEMFC system, the alkaline fuel cell has the potential of lower manufacturing and operating costs. The water management is simpler, no compressor is usually needed, and the hardware is cheaper. Whereas the separator for the PEMFC stack costs between $800 and $1,100US per square meter; the equivalent of the alkaline system is almost negligible. (In comparison, the separator of a lead acid battery is $5 per square meter.) As a negative, the alkaline fuel cell needs pure oxygen and hydrogen to operate. The amount of carbon dioxide in the air can poison the alkaline fuel cell.